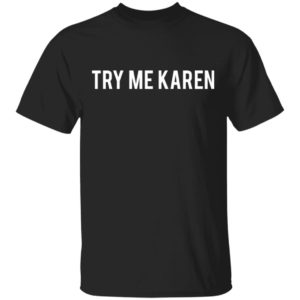 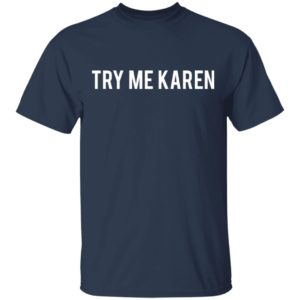 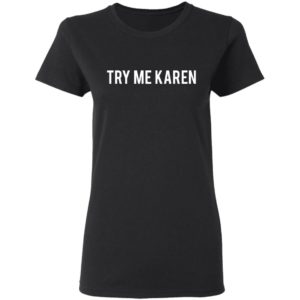 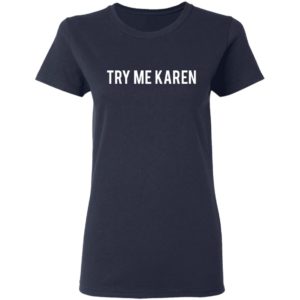 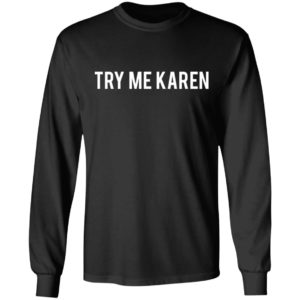 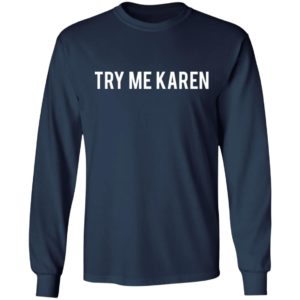 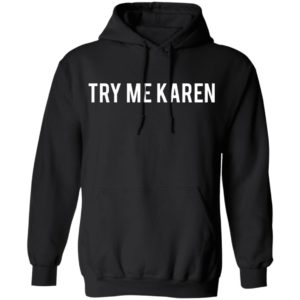 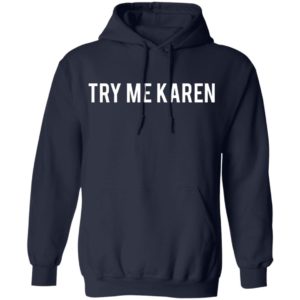 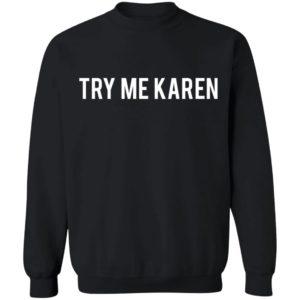 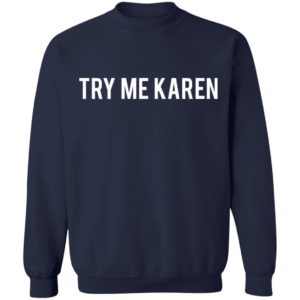 Karen is a pejorative term used in the United States and other English-speaking countries for a woman perceived to be entitled or demanding beyond the scope of what is considered appropriate or necessary. A common stereotype is that of a racist white woman who uses her privilege to demand her own way at the expense of others. Depictions also include demanding to speak to the manager, being an anti-vaxxer, or having a particular bob cut hairstyle. As of 2020, the term was increasingly being used as a general-purpose term of disapproval for middle-aged white women.

Be the first to review “Try me Karen shirt” Cancel reply